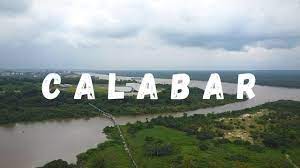 The town of Calabar is a well-established tourist stop-off on the way through to Cameroon or the southern Nigerian coast. It is the gateway to the reserves of the Cross River (the state of which Calabar is the capital) and the further-flung rainforests of the Afi Mountains (home to gorillas, chimpanzees, rare rockfowl, and craggy peaks of stone).

However, before rushing to the incredible primate sanctuaries outside of the city, take some time to explore the Calabar Museum to learn more about the city’s seedier past. Calabar was formerly one of the major slave trade ports in West Africa.

One of the first Christian worship spaces in Nigeria is the Duke Town chapel, which is well worthwhile seeing. 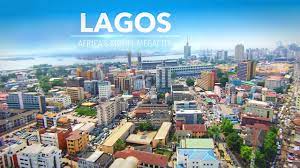 Lagos is not only the biggest metropolis in Nigeria but also the biggest city on the whole continent of Africa. It is chaotic and crowded.

Yes, this one is home to about 18 million people, and boy does it show! The neighborhoods of Ikeja and Victoria Island are dotted with bustling streets of beer bars and clubs where expats, sailors, and locals converse over foamy beers.

Additionally, there are promenades along the coast that have been salt-washed, as well as Lagos Bar Beach, a stunning expanse of golden sand that gracefully slopes down to the Atlantic Ocean.

The somber tales of the slave trade continue to circulate at the Point of No Return as jet skis whir across Tarkwa Bay.

The regional capital of the Ogun State is located inland, just north of huge Lagos, and is flanked by vast tracts of yam and maize farms, swaying forested savanna, and palm oil plantations.

Due to the old town’s strategic position along vital trade routes between the coast and central West Africa, former residents built several adobe defenses around it, many of which are still visible today.

The Olumo Rock, which towers above the village, is what truly catches the eye, though, with its bulbous rises.

This historic natural fort is home to a fantastic cultural museum, a gift store with locally produced crafts, and caverns that display the whole human history of the Ogun region. 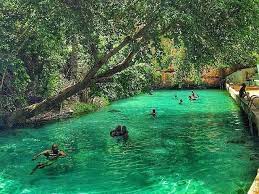 You can be sure that this well-maintained national park won’t let you down whether you make the taxing trip from Abuja in the east and from Gombe in the south to the Yankari in search of the roving herds of African elephants—said to be the most numerous on the continent—or to look for the fascinating artifacts of earlier inhabitants in the caves.

There are several hotels and tour companies in the area since more than 20,000 tourists engage in ecotourism here each year. 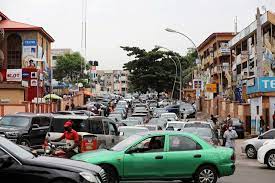 I guess Abuja isn’t like Lagos. There is no grit or filth here since it was purpose-built, enveloped by the gentle geography of the inland hills, and composed of districts with distinct boundaries that contain business suits and politicians (or at least not relatively). This implies that after the excitement and activity of the megalopolis on the coast, the capital is a good spot to unwind and relax.

Also noteworthy are the Abuja Millennium Park and the quadruple of spear-shaped minarets that stand guard above the stunning Abuja National Mosque.

The National Assembly Complex provides an insight into the nation’s contemporary political system, while Wuse Market is an excellent place to go shopping.

Ibadan, the capital of the state and a former Oyo Empire stronghold, has a lot of history and tradition hidden within its streets.

The only issue is that the intriguing sections might be hard to spot because those streets appear to stretch on forever (some estimates place Ibadan as Africa’s largest city by geographic coverage). The National Museum of Ibadan’s display halls, where traditional Egungun clothing coexists with tribal war drums and other items, are a fantastic place to start. 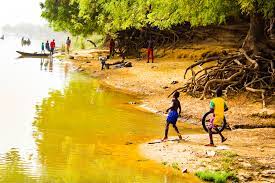 One of Nigeria’s natural wonders isn’t really all that natural after all.

Yes, the titular Kainji Lake in the Kainji Lake National Park is really a reservoir that was built in 1968 and is now encircled by game reserves that are protected.

The Borgu region, which has intermittent pockets of Guinean woodlands and plains and is home to some genuinely remarkable animals, including hippopotami, roan antelopes, and swinging baboons, is located on the western banks of the lake.

Eventually, this gives way to the reservoir proper, where ancient forests descend into the waters dotted with crocodiles. 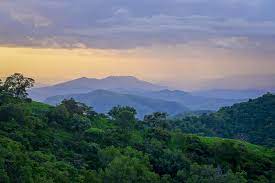 The Gashaka Gumti National Park, which spans an area of more than 6,000 square kilometers in the country’s far southeast, is vast and stunning at every turn.

It was created in 1991 through the merger of two outstanding Nigerian game reserves, and it is renowned for its winding rivers (some of which occasionally transform into awesome displays of roaring waterfalls) and riparian habitats, which are home to endangered bird species like the red-faced lovebird.

You may anticipate encounters with elephants and African golden cats on the ground.

In the forests, chimps also swing from the trees, while buffalos use the drinking holes. 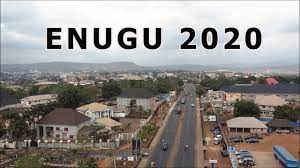 Enugu, a lush and leafy town, is approximately evenly spaced between the Bayelsa National Forest, which is home to infant chimpanzees, and the Delta of the River Niger, which is home to the Cross River National Park’s mountain gorillas.

In fact, one of the primary lures for travelers to this area is its excellent location adjacent to some of the top natural attractions in the Nigerian south-east.

Others may like the orderly streets and low-rise structures, the friendly inhabitants (who are the backbone of the fledgling film and small-scale bottling industries), and the flowing waterfalls and caverns of the Ezeagu Tourist Complex, which is located just on the outskirts of the city. 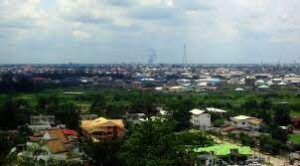 Some people will appreciate the earthy, raw, and unpretentious nature of it all, even though the frantic hum of the nearby depots, trucks, and tankers is undoubtedly not for everyone. However, the location’s down-to-earth charm combined with the area’s particularly wild nightlife scene makes it appealing to some people. 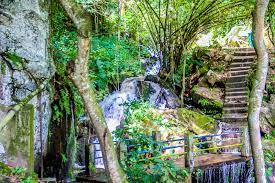 The only thing that truly distinguishes the little town of Erin-Ijesha is its famous waterfall, which spans two different states in southern Nigeria and has as many as seven levels in all. Thousands of visitors go to this little geographic outpost outside of the ancient city of Ilesa because of the stunning water feature.

But the trip is worthwhile.

You may go through lush forests and take a dip in waterfalls as they pour over rocks.

You’ll find the local hot springs at Ikogosi, which are a little to the east and a nice location to relax after a long hike, as well as information about the forest spirits. 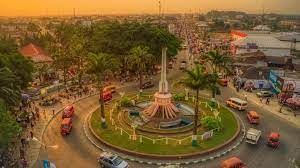 The town of Uyo is a clean and efficient urban center with a reasonably active nighttime scene of music bars and beer haunts. It is also a fantastic entryway to the trans-border Cross River National Park and a spectacular halt on the road to Calabar city.

The renowned golf resort of the city (operated under the illustrious name of Le Méridien no less) protrudes out of the surrounding green expanses of mangrove forest. There are also several shops and designer businesses in the area called Ibom Plaza, where Nigerian celebrities frequently flaunt their goods.

In addition, if the city becomes too much, head straight towards the seaside.

The best option is Ibeno Beach, whose footprint-strewn sands are among the longest in the world. 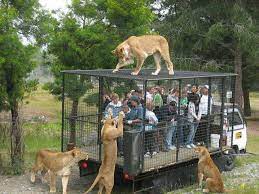 The Okomu National Park is situated between the unending mangroves that fall into the Atlantic Ocean and the streets of Benin City. It is one of the rare pockets of the virgin rainforest that once completely controlled the southern Nigerian borders.

The area is uninhabited and underdeveloped, and because of this, some of the country’s rarest animals—including pangolins, chimps, leopards, and even forest elephants—have found sanctuary there.

There are still a few sparsely populated tribal settlements here where tourists may see Nigerian rural life as it was formerly practiced.

Benin City, which is a real, working industrial town with a lot of history of its own, is a perfect starting point for your excursions into the southern Nigerian wilderness. It is situated a bit to the east of the aforementioned reserves of the Okomu National Park.

The town, which was formerly known as Edo and served as the capital of the Benin Empire, flourished thanks to the construction of architectural marvels like the former Oba Palace, which is still clearly visible in the town’s center.

Along crowded Igun Street, there are also fascinating open-air bronze studios and a National Museum outpost to view.

One of Nigeria’s most stunning displays of biodiversity may be seen in this delta forest, which is the vast mass of vegetation that crowns the mouth of the Niger River.

It is characterized by the existence of among of the world’s biggest remaining chimpanzee populations, who patrol the freshwater wetlands and lush canopies while howling across the wilderness.

It is also the habitat of the endangered Niger Delta colobus and other fascinating primates.

Traveling here won’t be simple due to its remote position, but the untamed wilds and untrodden undergrowth could just be worth it! 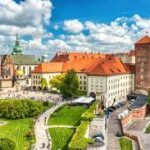 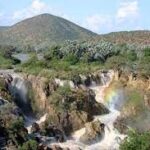 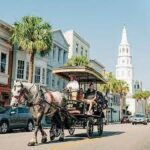