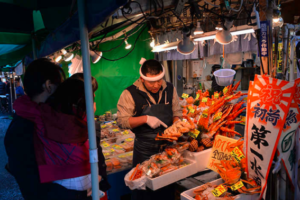 Tsukiji, once the most renowned fish market in the world, is today an almost sacred location in Tokyo for both sushi enthusiasts and the curious.

Even though the morning tuna auctions have relocated to Toyosu Market, it is still an incredible place to wander around in the early morning. (However, you are welcome to visit the area at any time merely to stroll around, and it is never too early to eat sushi at one of the fantastic restaurants!)

Being in Tsukiji early in the day allows you to see a lot in one day, even though no one enjoys getting up early. As a result, this is one of the best places to start visiting in Tokyo. 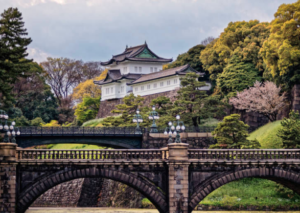 You can either take a bus or walk through the Ginza neighbourhood from Tsukiji to Tokyo Station. This retail district is highly known for its numerous department stores and charming cafes that are great for people watching.

Therefore, exercise caution as you might be tempted to spend some time in Ginza. At Tokyo Station, you can take in the historic structure on which it is built and purchase some Tokyo Station candies as a temporary memento.

The Tokyo Imperial Palace is then a short walk away. The modern palace, constructed in the 1960s on the site of the former Edo castle, is the residence of the Japanese royal family.

A moat surrounds the palace and grounds, and when combined with the bridges that cross it, they provide for a great area for strolling and taking pictures for Instagram. 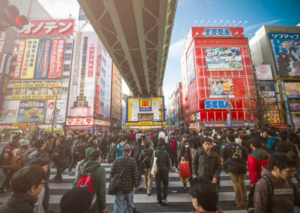 Akihabara is made up of the brilliant lights of the future, in contrast to the palace and its surroundings, which serve as a reminder of the history and traditions of Japanese culture.

This area, also known as Electric Town, is the place to go for anything relating to anime or manga, as well as for lovers of idols and other things. Regardless of whether you are familiar with this subculture, it is worth visiting the shops to see some of the incredible items for sale, which range from vintage videogames to innumerable anime figures.

Last but not least, a trip to Japan wouldn’t be complete without a stop at a maid café and a game with a maid (who may or may not place a magic spell on your food or drink). 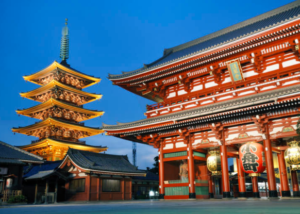 The electrified town you just left and the more traditional-looking, but crowded, district of Asakusa are in stark contrast to one another here.

Sensoji Temple is just one of the many attractions in this intriguing neighbourhood. The Nakamise commercial strip connects the Kaminarimon entrance gate to the temple.

While on the main roadways, it is possible to take a rickshaw tour being pulled by persons dressed in vintage attire. This street and the neighbouring streets are frequently crowded with people wearing traditional kimonos.

Kaminari-okoshi is a delectable local dish to try, and just across the river from Asakusa are the astonishingly towering Tokyo Sky Tree and the oddly formed golden flame atop Asahi Beer Hall. With so many diverse dining options available, like Daikokuya Tempura Honten’s tempura, Asakusa is also a great place to go for lunch. 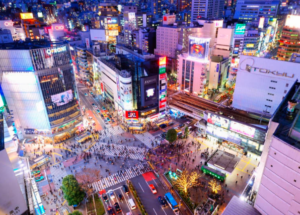 You can take the Tokyo Metro Ginza Line from Asakusa and be at one of Tokyo’s most famous locations in 30 minutes.

The Shibuya crossroads has gained international recognition after appearing in movies like Lost in Translation and The Fast and the Furious: Tokyo Drift. It is rare for a crossing to become renowned; after all, it is only a way to cross from one side of the road to the other.

In some ways, Shibuya Crossing has come to symbolise Japan, and for many visitors, a trip to Tokyo wouldn’t be complete without passing through this intersection.

The statue of Hachiko is located in front of the station, and those who are familiar with the tale of the dog who visited Shibuya Station every day to wait for its deceased master should not miss it. 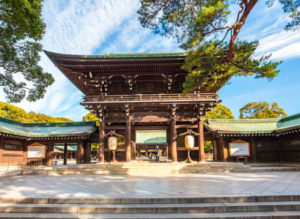 You can get to Harajuku on the Yamanote Line in just one stop from Shibuya, and the Meiji Jingu Shrine is nearby.

This temple, which is close to Yoyogi Park, honours the late Empress Shoken and Emperor Meiji. They passed away at the start of the 20th century.

Tens of thousands of trees make up the park’s forested portion, which is a lovely place to stroll around any time of year but is especially well-liked in the spring during cherry blossom season.

The shrine itself is well-known, and during the first few days of every New Year, millions of people typically come. In addition, there is the Meiji Jingu Treasure House, which showcases a variety of Meiji-related artefacts. 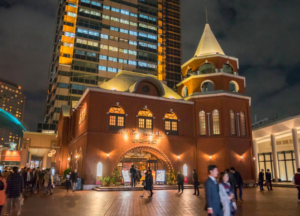 To visit a sake brewery in Tokyo, you would need to travel quite a distance because they are all relatively far away. However, visiting a brewery that makes beer is much simpler.

Return to the Yamanote line and take it two stops south to Ebisu after paying your respects at the Meiji Jingu Shrine.

You may learn about the history of Yebisu beer production in Japan at the Yebisu Beer Brewery, as well as discover the fascinating truth that a bottle of beer formerly cost more than the cost of dinner. You can also try some beer (which is never dull!).

There is a bar where you can get extra drinks if the beer sampling doesn’t quench your thirst. Yebisu Garden Place, a very beautiful location with restaurants, shops, and department stores, is where the museum is located. 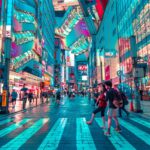 Top Ten Things To Do In Tokyo 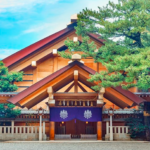 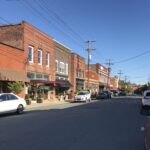 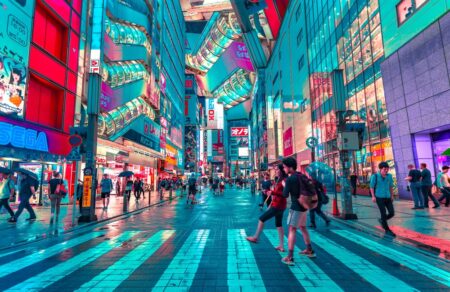 Top Ten Things To Do In Tokyo

Tokyo's Top 10 Things To Do. Do you love Tokyo? Are you looking for...